10 things you can learn from ice-skating - FranklyConsult.com

10 things you can learn from ice-skating

10 things you can learn from ice-skating

This week I’ve been lucky enough to enjoy celebrating Christmas with some of my lovely clients.

As part of the Journalista team night we went Ice-Skating at Hyde Parks Winter Wonderland, and not being the greatest ice-skater I was a bit apprehensive! I was convinced I’d fall over every 5 minutes! However I managed to focus on the fun we’d surely have afterwards when sampling the mulled-wine so I signed up to the ice-skating bit anyway.

We did all have a great time and it struck me the next day that we could all learn some lessons from my once a year activity.

So here’s my ’10 things’ you can learn from ice-skating!

1. Stop complaining and get on with it

I very nearly didn’t make it onto the ice as there was a point when I thought I’d lost all circulation in my feet after putting on my skating boots. The hard plastic really dug into my skin and rubbed on my bones and I was in real danger of becoming a moaning minnie!

Instead I managed to get over myself and after 10 minutes of wearing them I actually forgot I was in pain and just got on with the job of skating. The point here is sometimes in business we are faced with doing something that’s hard (but hopefully not too painful!) however if you just throw yourself into it and just do it, you’ll forget about the problems you initially had.

2. Get yourself a support network

I was dreading going on the ice, it had been years since I’d been skating and I was sure I’d be down as soon as I stepped onto the ice. However I wasn’t the only one feeling this way, others in the team weren’t feeling very confident either.  Knowing this I suggested that we held hands for a few laps in the hope we could help keep each other upright.  And it did the trick!

Having the support of someone knowing that they are routing for you and only want you to succeed is a great feeling.  It can be really helpful having someone nearby who will encourage you not only when you’re doing a good job but also when you stumble.

There were times on the ice when I thought I was going to fall, or when I wondered what I was doing there because I’m so rubbish! However I didn’t let myself think like that for long as it was at those moments I did nearly fall!

It would have been easy to have gone through the whole hour holding hands and having that support but I wanted to take my skating to the next level and go it alone. So pushing any negative thoughts aside I let go of my partners hand, thought positive thoughts and skated on my own.  With every lap I did without falling I told myself how well I was doing.

In business it’s easy to get stuck on the negatives, maybe your invoices aren’t being paid on time or you can’t deliver something to plan, and whilst they are important issues to solve you will only solve them effectively if you have a positive attitude.

If you’ve never been ice-skating in Hyde Park at Christmas time I can tell you one thing to help you picture it’s busy!

My skills were limited to skating at one speed or stopping against a banister. I couldn’t change direction very quickly, stop in the middle of the ice or slow down if I needed to so it was vital that I looked ahead of me and planned appropriately. If I saw a group of people gathered in a corner having their photo taken I made sure I did a tighter turn to avoid going near them. And if I saw a child fall I factored that into my route, I basically preempted any tricky situations and adapted my strategy to take it into account.  With this tactic I managed to avoid any nasty crashes!

This is how you need to think in your business, what could be round the corner to take you off your track? New competitors? A change in government policy? Whilst you may not be able to avoid it you can put plans in place to minimise the risk to your business.

There were others in our group who were brilliant skaters, not only did they manage to stay upright and stop in the middle of the ice they could skate backwards!

Not only that but they made skating seem effortless.  I must add that whilst some of it may have been down to natural ability they had had proper ice-skating training in the past and so these guys were experts compared to me.

By watching them I was able to learn from them, I tried to hold myself like they did and look as confident as they did.  And whilst I clearly wasn’t as confident, some of their vibe managed to rub off ‘“ though not enough for me to try skating backwards.

6. If you stumble get straight back up

Whilst I had a few near misses I thankfully managed to avoid falling over. However I did see plenty of people who did.  There was one guy in particular who always seemed to be falling over and it looked to hurt a lot.  However every time I saw him he had a massive smile on his face and really looked to be enjoying himself, and every time he did fall he managed to get up that little bit faster.

In business you will stumble and make mistakes, the trick is to acknowledge them and learn from them so that you do things better the next time around.

7. Take time out to recharge

The time on the rink lasts for an hour, and even though I go to the gym (occasionally) I found myself getting tired.  At these points I was more wobbly on my feet and I made little mistakes that took me close to falling over.

However I had a little rest area I went to when my legs got tired just so that I could recharge and take in the scenes around me.  Not being able to focus on anything other than staying upright whilst skating these moments allowed me to see what other people were doing and gave me ideas for my own technique.

So if you haven’t had a proper break for a while, Christmas is the perfect opportunity to down tools and get yourself some rest.

8. It will get easier the more you practice

When I went Ice-skating last year I really was rubbish, I hardly spent any time skating alone. However this year after the initial ‘˜remembering what to do’ period I actually found it much easier.  I’m still a beginner but hopefully next year I’ll become even better.

If you run your own business you’ve probably been asked to do things that you’ve never done before. You may have heard about it, or know what to do in theory but until you’ve done it a few times new tasks can be tricky.  For example if you’ve never picked up the phone to cold call, or spoke in front of a large audience then you’ll probably be terrified to start with, but the more you do it the easier it will become.

9. Remember to have fun

For the first 20 minutes of being on the ice I was concentrating so hard that I could only focus on what I was doing.  I couldn’t have a decent conversation with my hand-holding partner and I couldn’t take in the sights around me.  However as I began to relax I started to notice things. I noticed people doing dance moves and falling, I noticed the spectators eating juicy looking hotdogs and I laughed with my friends.

Like me I’m sure that there were many reasons why you started your own business but sometimes I need to remind myself that we can be professional and serious about what we do but we can also have fun whilst doing it.

After our session and feeling very pleased with ourselves we went to the pub for a nice warm mulled wine whilst we shared our experiences.

As a business owner remember to stop and acknowledge all the great things you’re doing along the way both big & small then reward yourself because you really do deserve it.

Pamela LyddonBright Star Digital
Jo Whitehead has been a massive support to Bright Star Digital right from our early days, and I cannot recommend her and her company highly enough.As the company has grown she has grown with us and her input has helped us become a successful small business. It seems there is nothing they cannot do, from business sitting when I'm away on holiday, stepping in to manage the business whilst  I was on maternity leave, preparing presentations, making sure things get done by the right person at the right time and helping to look after our clients.I really couldn't do without ...

James LayfieldCentral Working
Frankly Consult are great at looking after us, they make it effortless. Not only do I find Jo brilliant but other collegues who have worked with her have spontaneously commented how good she really is!

George SmartTheobald Fox
The best advice I can give is to talk with Jo to assess whether you need them to get involved. Jo will not suggest unnecessary work. You get more than the extra mile and you get a true and valued member of your core team. Jo is now central to the day to day of my company and I listen to her insight when it comes forward planning. A I believe you have to earn respect and I have it now in bucket loads for Jo, Lisa and Clara, not that I perhaps always show it!

Holly SuttonJournalista
When you're running your own business you often wish you had an extra five hours in the day, an extra pair of hands or a confidential ear to run things past. Jo and the Frankly Consult team are all of those things and more. From getting the processes in place to getting things working efficiently, to inducting staff, creating project plans and getting contracts organised & signed, Frankly will get it done right, the first time. A business advisory organisation that will muck in at any level, it's the missing team member, hour in the day and business support plug-in ... 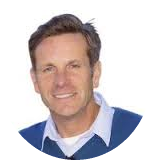 Michael GowerInside Consultants
Jo is great to work with. Very personable and helps immensely with cashflow management and getting the invoices paid. She's also great to bounce ideas around with. I highly recommend her.

Tristan BakerRunaway Entertainment
Having multiple fast-paced businesses I needed a team who could help with the day to day management of the finances, run payroll and also give insights at a strategic level. The FC team have been great.  If we, or outside stakeholders, need any information or reports, no matter how non-standard, they are able to provide it.  Sitting with them in meetings also helps to solidify our thinking and determine actions. I’d certainly recommend them to others.
prevnext